What Do You Mean, There's a Snake Under the Bed?

We had almost finished the cleanout of a big house in a Dallas suburb. One gargantuan remaining piece to deal with was a very old king size waterbed. I knew it wouldn’t sell, it didn’t, and I knew no charity would want it, so it was headed for the curb. My guy Michael (more on Michael later) had dealt with the water, the heater, the rails, the mattress - next thing to go was the big piece of plywood that laid across the base. I was in the den boxing up leftover books, but turned around when Michael said, "Hey, look what I found," and he was standing right behind me holding a long skinny black snake by the head. I dropped a box of books and ran out the front door screaming like a banshee! There was a SNAKE AT THE ESTATE SALE?!? Nearly 2,000 shoppers had come thru in three days - what if they had seen a SNAKE? But much much worse - much MUCH worse - my team and I had done prep at that house for two weeks and I myself had pulled things out from under that bed! A box with a wedding dress, a ThighMaster Suzanne Somers advertised in the ‘90s, a punchbowl set and dust bunnies … what if I had pulled out a SNAKE?!? I would be long dead by now and not writing this book …

There's a Goose on the Loose!

Mockingbird Lane in Dallas in a busy, busy 6-lane road. Before LBJ Freeway and the North Dallas Tollway were opened in the late 1960’s, Mockingbird Lane was the thoroughfare to get to Love Field Airport. Guess drivers got used to speeding to the Airport and they’ve never slowed down; Mockingbird Lane is still a speedway.

Doing a sale for a lovely lady named Mrs. Pitcock, the house right smack dab on Mockingbird Lane. At about 10:00 on Friday, the house was packed with customers. Cars flying down Mockingbird as usual. Suddenly I hear horns honking, brakes screeching, even some yelling. I go out front - there is a 4-foot tall gray Canadian goose (I surmised with my limited orinthological knowledge) standing in the middle of the curb lane, unfazed by the cars swerving all around him. I was horrified! I could picture that any minute there would be a huge pile of goose pate right in front of the estate sale! Like Wonder Woman, I lept into action - I got in the road and started "shooing" the goose towards our grass. He did not want to go!

After lots more honking by cars and goose, the gray guy let me shoo him actually into the house, where he immediately pooped on a beautiful Oriental rug. Guess that was payback. Customers were scattering as the goose and I goose-stepped thru the house and into the backyard, where other customers were startled and amused about the incoming livestock.

Now, what to do? This was the olden days where everyone had cell phones, but there was no internet connection. So while the girls ran the sale, I called Information to get the number for Dallas Animal Control. They were not the least bit interested that I had captured a goose in the backyard - they told me to call the White Rock Lake Animal Control people. Here's some general info if you ever find yourself in the same situation: Help will come if an animal is injured. Help will come if an animal is dangerous (i.e., wolf, lion, boa constrictor). But if you have a healthy 4-foot tall stupid goose to deal with - you are on your own!

About this time someone said, "Hey, your goose in the backyard just flew over the fence." Shoot! Forgot geese can fly! To condense the story from here, the goose went back out to the street, I again nearly got killed shooing him out of the road, trying to entice him with one of the girl's peanut butter sandwiches (no interest at all), then a man said he recognized the goose as one who lived in his neighbor's pond nearby. Yay! I threw a sheet over the goose and half carried, half pushed him into the back of the man's Jeep Cherokee - and that was it. I felt like a heroine that I had saved this goose’s life. But since twice he had walked straight into oncoming traffic, maybe he had some kind of goose death wish which I interrupted? Didn't watch the evening news - afraid I would be on it! Headline: Woman & Goose smushed on Mockingbird Lane … Guess this is where the expression "That guy is goosey" comes from. 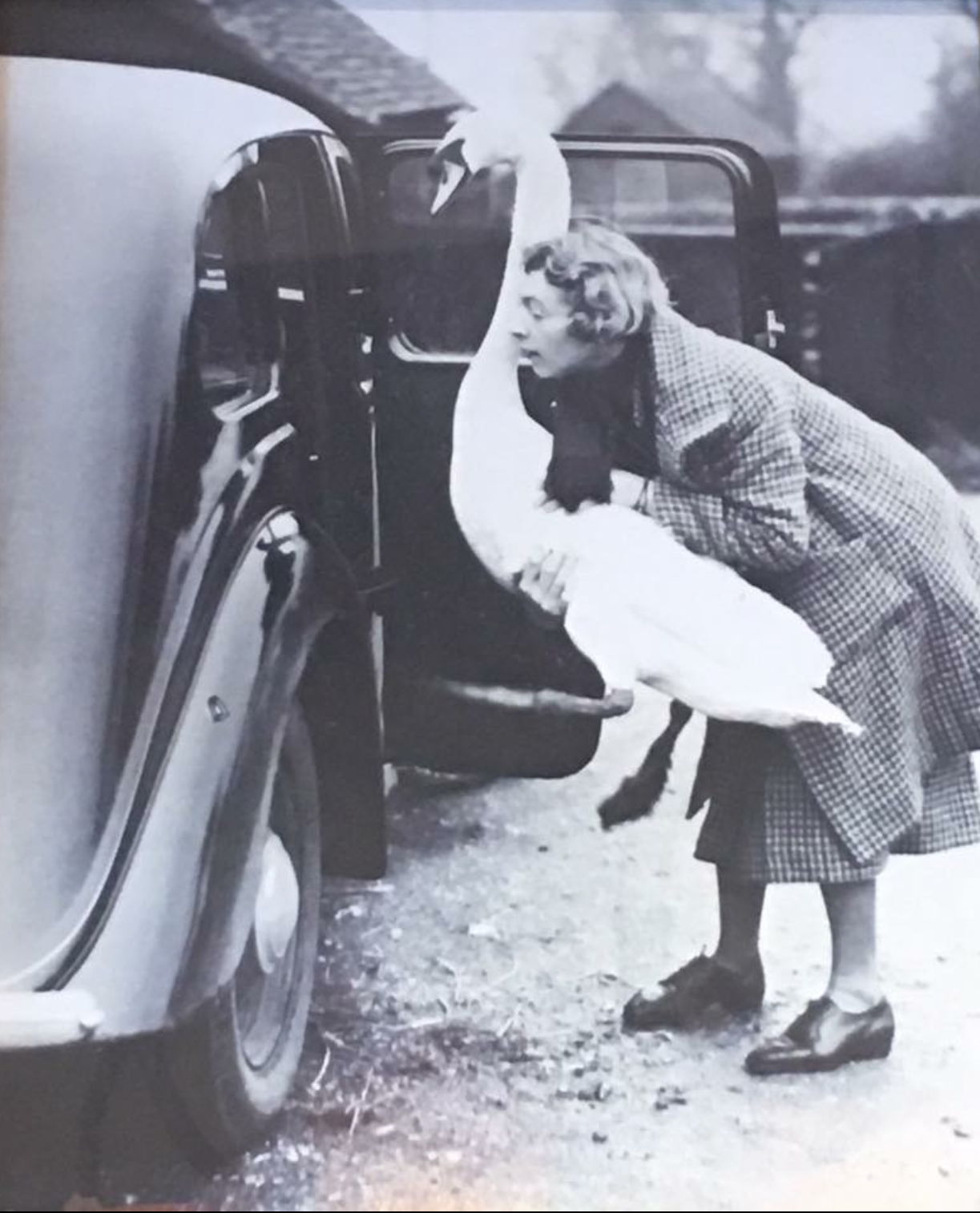 There's a Naked Man in the Kitchen

My friend Tony did a sale for a fine gentleman. Let’s call him Mr. Carter. Mr. Carter was supposed to move to his newly-built retirement home the week before Tony would do the sale. Long story short, naturally Mr. Carter was still in his home on the Thursday the estate sale started. Tony had made a deal with him (or so he thought) that Mr. C stay in one room that could be closed off during the sale. A recliner and TV that were going to Mr. Carter’s new place were arranged in the room so he could be completely comfortable. Sale opened at 9 a.m. with the usual hustle and bustle. About 15 minutes into the sale a woman leaned over Tony’s checkout desk and whispered, "Tony, there’s an elderly man in a wheelchair in the kitchen - and he’s NAKED!"

Tony raced to the kitchen where customers were staring and some giggling. "Mr. Carter, sir, what are you doing?" "Well, it’s my house and my kitchen and I needed a toothpick." Tony quickly grabbed a dish towel to cover "parts" of Mr. Carter, found the toothpicks and raced the wheelchair back to the private den. Fortunately there were no further "sightings," and Mr. Carter went to his new home the next day.